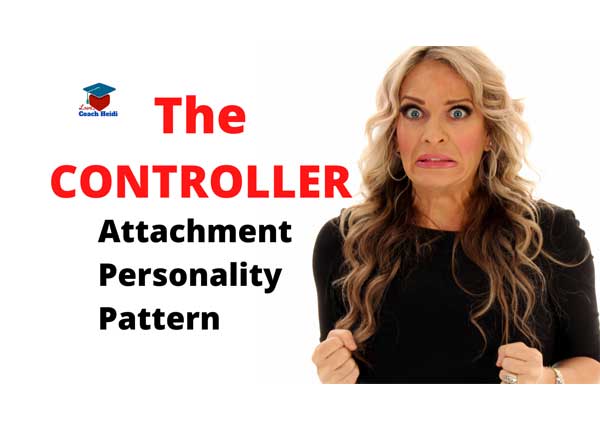 Most of the articles you read about a controlling person will actually be describing an abusive person. And that’s simply because all abusive people are controlling. But the fact is, all controlling people aren’t abusive. So, if you are in an abusive relationship where you are being hurt in any way, please call the national abuse hotline. Thehotline.org

Today, I’m not necessarily outlining abuse. I’m simply giving a perspective of a controlling person as it relates to attachment patterns.

I created the patterns as a way to describe what happens when we grow up in dysfunctional, toxic abusive homes. When we’re born, we find a way to thrive, survive, connect, or cope in that family. I call these Attachment Personality Patterns or APPS.

Today, we are taking a look at the Controller.

Before I write about the 5 core traits of a controller, you must know that there are many more traits, especially if we are discussing an abusive person. For the sake of this discussion, I’m speaking of a person that does NOT cross the line of abuse, but their behavior is still dysfunctional and codependent.

The controlling pattern is a codependency pattern. And we can work to get healthy from codependency by understanding how to have healthy, mutually beneficial and respectful relationships.

Personality is not fixed. We can change. Personality disorders however are different. I am not diagnosing anyone nor am I dealing in Personality Disorders.

I am coaching on patterns, not pathology. I am looking at these patterns through a compassionate lens and assuming the best about the controller. I’m going to assume they are not consciously or maliciously trying to hurt anyone. I’m choosing to believe this pattern is unconscious and that they desire to change when the pattern is made conscious. I’m attempting to foster understanding and empathy by explaining the traits of the pattern and likely their point of origin.

That said; let’s look at the 5 core traits of the controller.

A 22 year old young woman is standing in the kitchen looking at the floor. “I can’t believe he left me!” She finally sobs.

Her mom, growing increasingly disappointed and annoyed says, “Charlotte, snap out of it! He isn’t that great anyway. You should feel that way. You should be glad! He did you a favor. You dodged a bullet!”

Now think of a wife shaking her head at the TV, “I can’t believe this election! If he wins, this country will go to Hell.”

“Sherry, are you nuts? I can’t believe I have a wife who could feel this way. I really wish we were on the same page! You know, it makes me wonder about you when you think these things. Are you being gaslit by the other side? Let me show you the facts. If you knew a little more about what’s really happening, you wouldn’t feel this way. Let me help you.”

A controller mistakenly believes that when others differ in opinion, it means something about them. They almost need others to see things the same way as they do to feel connected to them.

They don’t get that others can differ and intimacy doesn’t have to be sacrificed.

In the past, it’s likely a controller needed to think or feel the way their parents did and wanted them to. They were probably not allowed to have their own ideas and in an attempt to stay close to their own family or not get hurt, they learned that to agree and go along is to love. Many controllers come from a family that said, “Think or feel this way for your own good.” Much like the examples above, the Controller is trying to “help”.

If a controller is not having any luck controlling, they are likely to try another method. They employ many strategies to get compliance.

Some controllers use charm and charisma. They will use their influence under the guise of “leadership” and attempt to seduce another into compliance. Many will use sex, show copious amounts of affection, affection and approval, but it’s not genuine. It’s only in an attempt to get what they want. Think of a car salesman pretending to be interested in the safety of your family or how fabulous you look behind the wheel. They’ll shower you with compliments in an attempt to manipulate an outcome. After all, “Not many people get it. But you do! You’re smart! And someone as smart as you can clearly see the best option and this car is it.”

A controller will go along in one circumstance only: when it’s what they want.  While the Perfectionist APP, feels like they know the right thing to do, a controller thinks they know what’s best for them and usually for everyone else too.  So, when others disagree with what that thing is, a standoff ensues. And usually the Controller is committed enough to wear down his/her opponent.

Controllers have trust issues. Period. So, they will be hyper vigilant waiting for others to let them down, screw up or screw them over. So, they look for problems (like the Perfectionist). And likely when they find the problems, they will blame others. It’s a rare occasion when a controller believes they are solely responsible for something going wrong. And that’s because there is a component of being compulsively self-reliant. Many controllers will choose to take on most things themselves because they believe others are incapable of doing anything right.

Most Controllers need to be in control of projects as well as people. They will micro manage you in the office or in the kitchen.

Controllers want to convince you how to behave and they want you to behave in a way that supports them. They do not want to be confronted, criticized or objected to. So, when you’re going along with the program, a Controller approves of you and “loves” you. Now of course, that is not love. But like a Withholder APP who withholds approval, affection and attention due to fear of becoming too connected to you, a controller will do it to try and manipulate your behavior. So, they may say something like, “You know Charlie, I love you so much more since you got that promotion.” Or, “Tammy, being needy isn’t a good look. When you’re complaining, I lose my attraction to you.”

I want you to know there are varying levels of intensity within these behaviors. And in the most severe cases, any of these behaviors can in fact be abusive. So, if you feel that you are in an abusive relationship, please seek help.

On the other end of the spectrum in severity are a set of traits that leave you feeling exhausted, lonely, and create chasms in your ability to foster true intimacy.

How does the Controller develop this attachment personality pattern?

This pattern is very common in those that grew up in addiction, dysfunction or abuse.

It was important to the Controller as a child to be “in control” of whatever they could control in an “out of control” environment. In the chaos, control became a way to maintain safety. This pattern could have also been instilled when a child witnesses domestic violence.  They may have heard from the perpetrator, “If you would have listened to me or done things my way, this wouldn’t have happened.”

They learn early on the lie that being under someone’s control could have prevented abuse when in fact control in its most severe form is abuse.

As a reformed Controller, I’d like to think that I was never abusive. But what I know now is that my behavior was hurtful. Not allowing others to have their own thoughts, feelings or perspectives is hurtful. Only doing what I wanted to do and refusing to negotiate was unfair. Showering someone with compliments I didn’t mean to influence them was inauthentic. Taking love away to try and motivate others to behave the way I wanted them to was unhealthy and hurtful..

But I now understand that I did those things unconsciously and without malicious intent.

The thing is that once I saw how I was behaving, I was confronted with the choice to change.

I chose to change. I wanted authentic connection and true love. I wanted to learn how to let others be who they are, not who I wanted them to be for me.

And you can too. 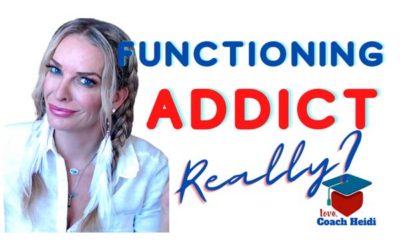 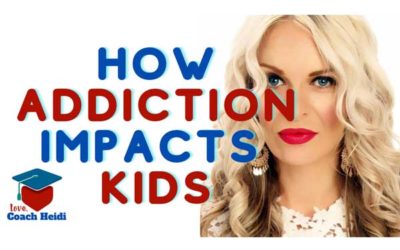 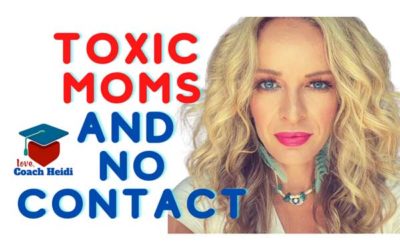