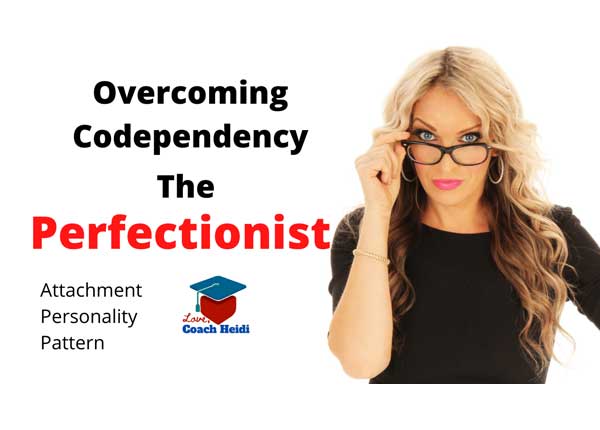 Even though I used to pride myself on having a built in bullshit detector the size of Texas, being able to spot a phony a mile away, I was regretfully unaware of all the ways I was bullshitting myself. I had suppressed my truth for so long that I forgot what it was.
When you grow up in an alcoholic home (or any dysfunctional home), you follow a set of imaginary rules that help the family keep secrets.
One of those rules is “Don’t talk about problems. Don’t have any problems. We’re fine. You’re fine. Nothing’s wrong.”
If you happen to suffer abuse in that home (either physical, emotional, psychological, or sexual) the gaslighting that ensues can be so intense and successful that you start to believe the lies and internalize them as your new truth.
I remember being beaten or berated and simultaneously hearing, “I’m not hurting you.”, “You’re not hurt.” “It wasn’t that bad.” or any other version of “That didn’t happen.”
You start to wonder if you’re really just fine.
You’re clearly NOT fine. But you start to dilute yourself that you are. You know deep down things are not as they appear. But you do anything to avoid being “found out”. Naturally, you start to work even harder to seem as though you’re better than fine. You lock yourself into a pattern of overcompensating to hide your feelings of defectiveness. You become a Pretender.
If all the world is a stage, a Pretender wants the starring role.
1. Pretenders are chameleons and lack a sense of true identity. Many Pretenders pride themselves on being able to fit in anywhere at any time. And this isn’t necessarily a bad thing. The problem lies in the fact that eventually, pretenders lose themselves and lack a true sense of who they really are.
Many Pretenders follow trends and look to celebrities to see how they should be dressing, what they should be liking, and what they should be interested in. Rather than focusing on what they like, they act as a Pleaser Personality in this sense. But the main difference is a Pleaser will please to make others happy and avoid being at odds or different, while a Pretender will please to gain praise or admiration. Pretenders please to look good, while a Pleaser pleases to feel good. Many Pretenders come into coaching to find their True Self.

2. Pretenders are performers, they put on a show. I once had a client come back from the bathroom, sit back down in her chair and declare, “That’s it! I’m done turning the water on the acting like I’m washing my hands. I’m not washing my hands. I didn’t pee on my hands. I’m done standing at the sink with the water on so others can think I’m washing my hands.”
I looked at her in amazement. “I thought I was the only one who did that!” We both laughed. What’s that about? It’s the show.
Imagine if we do it with the water at the bathroom sink, where else we do it? Everywhere. The motto of the Pretender is smile; put your big girl pants on. Suck it up, buttercup.”
Pretenders are highly image conscious. They want to be seen a certain way and want to hide the parts of themselves they deem less attractive.

Pretenders could also have been responsible to being the “happy one” in a sick family. If you grew up with the expectation and subsequent praise for bringing the light to the darkness in a dysfunctional home, that pressure engrains and lives on today unless questioned or confronted.

I was a consummate “smiler”. And some days, when I’d show up as my authentic self, others would give a look of deep concern and ask, “What’s wrong? Are you ok?” I used to get so annoyed.
I wanted to scream, “Yes! For God’s sake, I’m human! Leave me the F alone!”

But in reality, I had set up that dynamic for years. I’d been the one to smile through my pain. Could be falling apart, but my lipstick an lashes looked on point. How exhausting!

3. Pretenders lie to look good including telling half truths, embellishing truths or speaking to manifest things into existence. There is a deep belief that Pretenders hold. “I’m worthless unless I’m doing well or better than most.” So, they define themselves by status, stuff and societal appeal. They become climbers either socially or corporately to prove their importance.
Many Pretenders want to keep up with the Jones’s and will live above their means in order to do so. They’ll carry a Chanel in public and eat Raman Noodles in private. Pretenders live in denial, curating their image, only showing their best. Even displays of vulnerability are well planned and calculated to position themselves. Many clients have lied about where they went to college when they didn’t even go.

4. Pretenders have imposter syndrome and deeply fear being found out. There’s a deep seeded belief that at their core. Pretenders believe they are a worthless nobody who doesn’t matter unless they are achieving. Never quite good enough, there’s s a feeling of inadequacy that never goes away. That’s why there is a constant hustle to climb. Many Pretenders never have enough qualifications. I know I was like this when I first started coaching. I wanted someone else to put their stamp of approval on me and deem me credible, ready, and able. I have too many certifications to name. But ironically, the only thing that helped me feel qualified was getting results for my clients by being brave enough to help them. When I certify coaches, I run into this dynamic often. That’s why I use part of our time together to actually begin helping people before the certification process ends. It really helps coaches feel empowered and equipped.

5. Pretenders are jealous, covetous and insecure. Because pretenders feel their value comes from achieving (performing in life), they covet others success and ten to be jealous of others status, position or stuff. This often creates rifts in relationships and presents difficulty in friendships.
So what’s the path out of this? The first step is awareness. Do you see yourself in the Pretender Pattern?
Take each pattern and make a journal entry about each core trait answering how the behavior shows up in your life.
The next step is to get support.
You didn’t come by this pattern accidentally. It is the result of being exposed to a dysfunctional or toxic dynamic. And it won’t change until you undo your programming. The APP you downloaded isn’t working anymore (if it ever did). And it’s time for an upgrade.

Of course, that’s why we’ve created our programs over at www.LoveCoachHeidi.Com I want to help you break free from this pattern and discover your true Self. We have a step by step system to overcome this patterning.
If you’d like to set up a complimentary consultation, you can do that over at the site.

In Coming to America, there’s a scene where Eddie Murphy is about to marry his prescribed bride. Before the “I dos”, the groom wants to make sure the bride is a good fit. So, he whisks her “backstage” to ask some questions.

She starts, “All of my life I have been trained to serve you.”

As he points out that he knows she has been trained to like whatever he likes and do whatever he wants, he eventually has her barking like a dog.
The scene is supposed to be funny, but it speaks of a deep seeded problem that many codependents face and that is the pattern of people pleasing.
Pleasing others isn’t inherently wrong. It’s a wonderful thing to want to make others happy and comfortable.

But then it falters into the land of self sacrifice and self betrayal in favor of others, it becomes a big problem.
When you grow up in a dysfunctional family, one that is addicted, abusive, absent, narcissistic, etc, you take on a way f being in order to survive, thrive, connect or cope in that family. Especially, in a hustle to get love or at least not get hurt, you ask, “Who do I need to be?” And you become that. I call those Attachment Personality Patterns. It’s programming that allows you to find a way to function in the dysfunction.

One of the 8 patterns is that of the Pleaser.

Pleasers are bred to make others happy and keep the peace. These aren’t bad traits. But pleasers are in one sided relationships where their behavior os not reciprocated. Pleasers become resentful an passive aggressive.

Here are the 5 core traits of a Pleaser Personality.

Core Trait #1. Pleasers have unbalanced relationships. Pleasers give more than they receive. In an attempt to endear themselves to others, they say yes when mean no. They tend to take on more than others and do not ask others to help. They feel that asking for others to meet their needs will take them out of favor.

Core Trait #2 Pleasers Have difficulty making decisions and overvalue the opinions of others.
A pleaser will often need the input of others before committing to a path of action. They don’t simply consider themselves when making decisions; they want to check with everyone else to make sure it’s good for them too. If everyone else agrees that it is a good decision, then they’ll likely do it, even if they are still unsure themselves.

Core Trait #3. Pleasers will give up personal truths or desires to avoid rocking the boat or disapproval. They’ll go with the flow to avoid confrontation. If a pleaser has an unpopular opinion, they will keep it to themselves.

Core Trait #4 Pleasers feel overly responsible for the emotions of others and work hard to mitigate the feeling of others. Like the fixer, they Pleaser is an empathy and able to feel others emotions and have a sixth sense as to what others need. However, Fixers are not afraid to experience being out of rapport with another person if they believe it will help them. Meaning, a Fixer may call out a loved one to help them, where a Pleaser won’t want to upset anyone. So, they are more likely to do what they can to ensure others feel good all the time (even at their own expense.) A Fixer can be a hero (actually helping save the day) where a Pleaser is more likely to be an Enabler to keep the peace.

Core Trait #5 Pleasers are passive aggressive. Because confrontation is not something a pleaser is willing to do, when the resentment from their unbalanced relationships builds,, they will behave in passive aggressive ways to let the person know they are hurt without outright sating it. Like the withholder, they may withhold attention, affection, approval, etc. Triangulating (playing people against each other), playing the victim, or avoiding any interaction at all.

So what’s the path out of this behavior?

Awareness is always the first step. Once you become aware, you open yourself up to having a choice. You can choose to get into codependency recovery and enable yourself to have the mutually beneficial, respectful relationships you deserve.
Of course, we would love to have you join us in LYFE School. That’s our codependency recovery program which is a step by step system to undo your patterning and find your true Self.