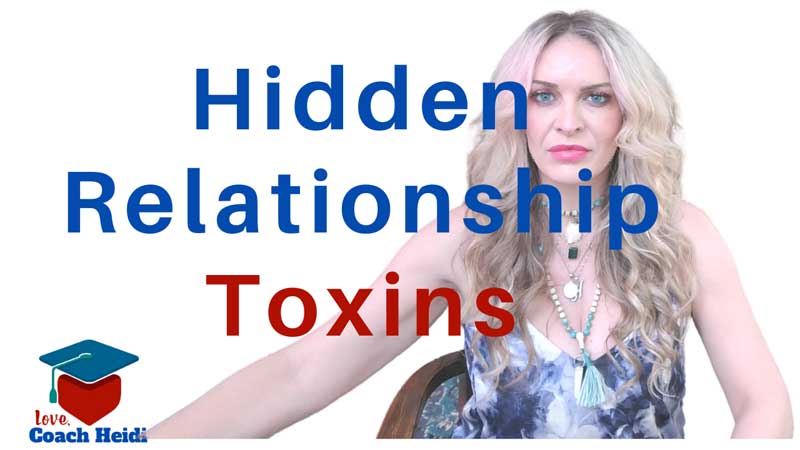 You may be familiar with the regular old run of the mill relationship toxins. These include: cheating, lying, manipulating, gaslighting, etc.

But underneath of the obvious toxins are the less known toxins. And while they may be unfamiliar, they are just as deadly to relationships.

The first toxin that I want to discuss is toxic compassion.

Now, why is this an issue? Well, compassion by itself is not a problem, right? We can agree we are good people. You may be an empath. You have the ability to see into people’s problems and see what they need. And that’s what I love about you and probably what you love about yourself too until it turns on you and you feel totally taken advantage of like you’re being used.

And, even when you give and give and give and they end up rejecting you and you think, “Wait a minute. I put up with all your stuff and you’re going to break up with me?” You know how these things go. Toxic compassion is when you are so good at making sense of other people’s bad behavior that you continue to tolerate it. You have a black belt in making sense of nonsense.  And because you’re able to see why they’re acting the way they’re acting, you tolerate it and you stay longer than you should.

Toxic compassion makes you a ride or die, even though in the car, it’s not safe in there. It’s not a joy ride, but you’re in that car and you’re in it to win it. Toxic compassion will keep you stuck in a dysfunctional relationship and keep you unhappy.

Now, compassion obviously is a wonderful thing. You’re such a good person, but again, it gets blurry. You make excuses for their bad behavior because of their past traumas. What you’re doing is you’re using their history to justify and support their continued bad behavior.

Lots of people have trauma. And lots of people heal from trauma, making a vow not to bleed on those who didn’t cut them in the first place.

If you find yourself having toxic compassion and you keep giving second chances over and over again, you believe the lies that they’re going to change.  You keep on hanging on when you’re hanging on for dear life and you’re afraid to let go because you don’t know if there’s a safety net below you.

That’s the kind of toxic compassion that I’m talking about. Its believing, “well, what if I just hang in there long enough…..” Honey, if they haven’t done it by now. Odds are they aren’t going to do it. I hate to break that news, but that’s the reality of it. People don’t change for other people, right? People change for themselves. So again, toxic compassion is being so astute and making sense of other people’s bad behavior. Rationalizing it, justifying it and articulating and understanding it that you continue to accept it, tolerate it and settle for it.

The next hidden toxin in relationships is toxic gratitude.

And I see this most in people who have grown up in abusive scenarios or situations.  People that still have self-esteem issues where they’ve been taught and told, “You should be grateful. You have it better than I did.” Never mind that their better isn’t close to good enough.

How does Toxic Gratitude sound?

“Well, I’m just grateful they only drank three beers tonight instead of a whole twelve-pack.”

“I’m just grateful that they don’t yell and scream at me when they’re under the influence or hit me and all they do is ignore me.”

“I’m just grateful I have somebody. Lots of people are all alone.”

When you have toxic gratitude, you’re grateful for things that are basic human rights. Instead of reaching for more and knowing what you truly deserve, you’re settling.

Now that’s not your fault. Likely you grew up in a dynamic where you had to settle like that. It was as good as it was going to get and you got told that.

Let’s be real. For many of us, what we had wasn’t good.

But we got gaslit out of believing that by the very people hurting us. Parents said, “You have it better than I did.”

And comparison sets in and you’re like, “yeah, well it could be worse”.

Settling happens like boiling a frog.  The frog doesn’t realize its dying because the water just keeps getting turned up little by little, by little. And it stays in the pot until it dies.

That’s us. We kill ourselves slowly by staying too long where we never belonged.

Let’s move to another hidden toxin in relationships: Toxic responsibility.

The truth is, people feel how they feel and that’s on them. But somebody with toxic responsibility is always walking around thinking it’s my fault.

As you can see, any one of these toxins can be enough to poison any relationship. Which ones did you resonate with the most?

How do these patterns of toxicity hold you back from having the love, happiness, and mutually beneficial relationships you deserve?

The cure for all these codependent behaviors is codependency recovery. When we work together in a program, retreat or strategic coaching session, we figure out where the toxins are. We do a proper diagnosis, removing those toxins so that you will be the healthiest version of you. We restore you to health so that you can be the complete, happy, authentic version of yourself.

And these patterns I just want to reiterate are not your fault, it’s your programming. I’m not talking about pathology here. You’re not sick. It’s a pattern that you’re running that we can undo.

The last toxin is toxic positivity.

The personal development culture has created the idea that   everybody has the same psychological, emotional, and physical potential. It teaches, everybody can “step up”. The problem with this is that it’s just not reality.

The Truth is not everybody is made the same way. People have limitations and that is real.  They are not able to step up and the kindest thing you can do for that person, instead of holding them hostage to some unrealistic expectation is to hold the door open and let them go.

At the end of the day, holding someone to an unrealistic standard is unfair for everybody. It’s like looking at a man in a wheelchair with no legs and expecting him to walk. Now, a lot of people are going to argue with me and say, “well, he could walk if he…..”

Now, if you are doing that in your own mind and you’re thinking to yourself, “well, Heidi, a guy could walk if he got prosthetics and if he trained.” You probably have this trait. If you’re sitting there right now being positive about how this man could walk, instead of just letting him be who he is and accept him as he is, you may have this trait.

Why is this an issue? Because a person with toxic positivity believes it’s their job and responsibility to make the whole world step up. When in reality, some people want to sit down.

And that’s okay! There are enough of us to step up while other people sit down. That’s what makes balance in the universe.

If you can identify with one or more of these toxins, and you’re ready to break free, reach out to schedule a consultation with the handy dandy button on this page.

Relationship Issues What's your relationship issue today? Where are you struggling? Post your questions....Here's the...

The ABC’s of Handling Impossible People

Questions From Rehab: How do I Get my Family to Stop Living in the Past?

How do I Get my Family to Stop Living in the Past? https://youtu.be/pE1rGmdDo7s